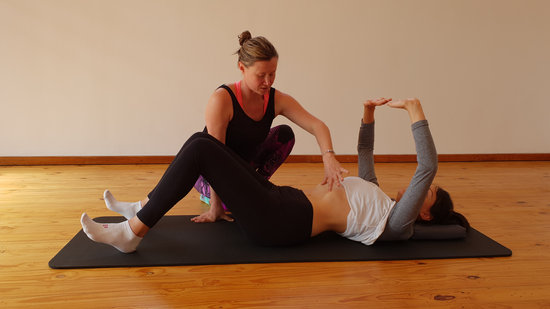 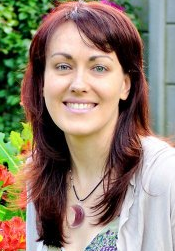 It was early 2016 when I found myself shuffling through a pile of post, flyers, to do list and a variety of other paper-based notes when the image of people in odd poses, vaguely reminiscent of yoga, caught my eye. “Now why did I keep you?” I asked the flyer as if it could remind me of my own thoughts at some point in the past. It didn’t respond so I glanced at the info on Low Pressure Fitness (LPF) thinking that at least the trainer won’t be forcing me to do 50 reps of anything because it’s low pressure, right?

My reluctance to be put under pressure to do any form of exercise came with a 6 year recovery process that felt like it was going nowhere. Between 2008 and 2010 I experienced 4 surgical interventions to remove endometriosis, endometriosis that I was born with and that had been creating havoc with my immune system my entire life until it was finally diagnosed in 2008 at the age of 32. The final surgery was successful in removing the bulk of the endometrial mass that spread through my abdomen and colon yet didn’t solve the heavy bleeding, related health issues, gastrointestinal discomfort and immune system challenges that continued to linger.

My story was also not unique, as I heard from many other women I met in the waiting rooms of yet another doctor or in the online support forums. In fact it took another surgical intervention, uterine ablation in mid-2016, to start the upwards trajectory towards well being in which that little speechless flyer with the odd poses played a role.

On the flyer Low Pressure Fitness (LPF) was described as an innovative postural and respiratory training system that combined myofascial stretching and hypopressive and neurodynamic exercises. I recognized the words postural and respiratory but not very much else. But those 2 words appealed to me as I didn’t really associated them with muscle pain and sweating. At that point I was trying anything to help me get my health back on track and to return some strength to my weak body the prolonged recovery had left me with.

I emailed, received a swift response and soon found myself cross-legged on a yoga mat listening to Shirley Boerssen, the certified LFP trainer who brought LPF to South Africa, telling me about the technique and how it’s helping women recover after pregnancy and surgery but also how men and women were using the technique to rehabilitate and enhance their core strength and physical performance abilities. She took me through the first session demonstrating the poses and breathing techniques, gently correcting posture issues, answering my myriad of questions and really just making me feel empowered to help myself towards a stronger, healthier me with just my body and my breath.
Shirley’s background in physical fitness and her passion for women’s health makes her an attentive and empathetic training partner. Her comfort to discuss the range of reasons that brought you to consider LPF, her knowledge of anatomy and physical performance combined with her sense of humour makes for enjoyable sessions where the number of reps is easily forgotten while you’re stretching, holding, breathing and contorting.

The poses are named after Greek goddesses, the breathing technique comes from the narrow-waisted body builders from the 70’s and the effort to hold your muscles and breath in a harmonious synergy is all yours. There’s no equipment needed, you could use a towel on the carpet if you don’t have a yoga mat and the model for the instructor to teach the techniques is one of empowerment and not dependency. Within a defined number of sessions you’ll be able to do it at home without being dependent on an instructor or you can join a maintenance group and do it with other women. LPF if fun, easy to learn, cost-effective and it works – after each session you know you’ve worked your core and the rest of your body responds very quickly with improved posture and tone.

Shirley and I had 2 sessions a week for about 6 weeks before I decided to undergo the uterine ablation to deal with the persistent heavy bleeding issue. I was warned that the uterine ablation procedure could be painful and as I cannot have any painkillers stronger than paracetamol that I might be uncomfortable for a few days. Well, I promise I am not exaggerating, I had no pain whatsoever on the day of the procedure or afterwards. Yes, I was blessed to have had an amazing gynaecologist and a skilled anaesthetist who had already supported me through 3 prior surgeries but I knew my body felt different, stronger and more resilient. I knew that the 12 sessions of LPF had already started paying off its benefits for me and my improved strength and physical resilience were making it possible for me to cope with the experience more optimally.

After giving my body a little bit of time to recovery I started back up with more sessions with Shirley, we even started adding a bit of resistance training to help me build my muscles up again. I started feeling my core muscles respond when moving buckets of water around during the water restrictions, my back didn’t hurt as much, my spinal alignment improved resulting in needing only 2 chiropractic sessions a year instead of 4, my menstrual cycle harmonized and became predictable and I even felt an improvement in my gastrointestinal symptoms. But there was one thing I hadn’t tried, one thing that I knew I had to try but was so reluctant to. 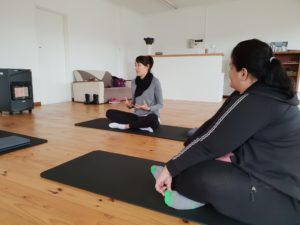 Prior to the endometriosis diagnosis I was an avid yogi, so much so that I wanted to train to be a yoga instructor. Those plans came to a screeching halt once the surgeries started and because the final surgery had complications I was left with the legacy of an emergency incision that compromised my core strength. There was a terrible moment about 9 months after the final surgery where I thought I would start up doing yoga at home again and having to face the reality that I couldn’t rely on my core, that it actually felt like my abdominal muscles didn’t know how to work together anymore. So I left it and didn’t work at it, it was too overwhelming.

So there I was towards the end of 2016 with just a bit more than 6 months of LPF behind me, a yoga mat on the floor in front of me and my courage nearly failing but I was going to push through. I set the timer on the floor and I got down on my stomach, pressed the start button and pushed up into a plank. After 45 seconds I didn’t collapse because I couldn’t anymore, I collapsed because it’s hard to plank when tears are streaming down your face and your nose is about to drip on the yoga mat. Because that’s how happy I was, I had to cry! 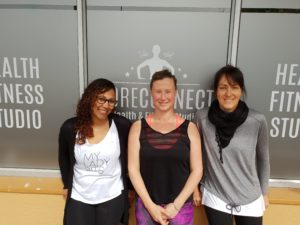 Since then I have been able to slowly build on my physical fitness, using LPF techniques to maintain my core and build my resilience. Although I’ve chosen not to return to yoga, LPF was the starting point for the return of my physical fitness. I now go to the gym 2 to 3 times a week for a combination of cardio and strength training, something I thought I would never be able to do again.
But more than that LPF is also my well being tool for urogynecological wellness; I know expending a little bit of effort on a regular basis now will pay off well into my old age with having a strong core and pelvic floor to support me. More than any of the other benefits, given the health challenges that I have already lived through, I have come to appreciate LPF as a skill all women should learn to support their health and well being. Imagine a world where teenage girls can learn these skills to support their bodies to be strong and resilient no matter what they have to endure in their gynaecological future. The prevention and recovery support potential of LPF is what we should all be talking to other women about. I’ve had the privilege of joining a LPF maintenance group with 7 other women, there’s great strength in women getting together to do something that’s good for them and makes them stronger. Join a class or group today, you won’t regret it! 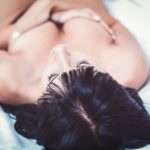 How to do a breast self-examination 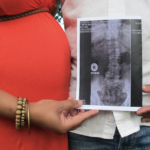 BACK PAIN? PRACTICAL TIPS FOR PREGNANCY 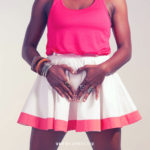 What are Kegels and am I doing it correctly? 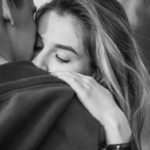 What you didn’t know about Vaginismus